Speaking during an interview with Opera News Kenya, Ichagaki one as popularly known by the locals said that he has lobbied for the construction of roads for the longest time. 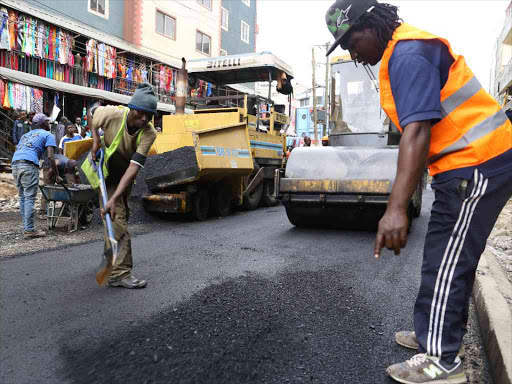 “I lobbied these roads through Eng wanjohi at KeRRA and I have been following even in their headquarter offices in Nairobi and once they are completed, my office won’t tire begging for more roads as all what is needed is better services to my people, “Ichagaki said.

He further warned corrupt officials who are conspiring to derail development in Ichagaki to stop noting that he won’t be intimidated.

” I’m also pursuing the rationale behind KeRRA/NG-CDF developing certain ward at expenses of others within Maragua Constituency at EACC,” he said.

In 2019, the MCA attracted Media attention after he used personal resources to repair feeder roads in his Ward to save the residents the agony of walking long distances while transporting goods to the market.

He revealed that he used more than Ksh 500,000 to repair them after his Ward was neglected by the area Member of Parliament.